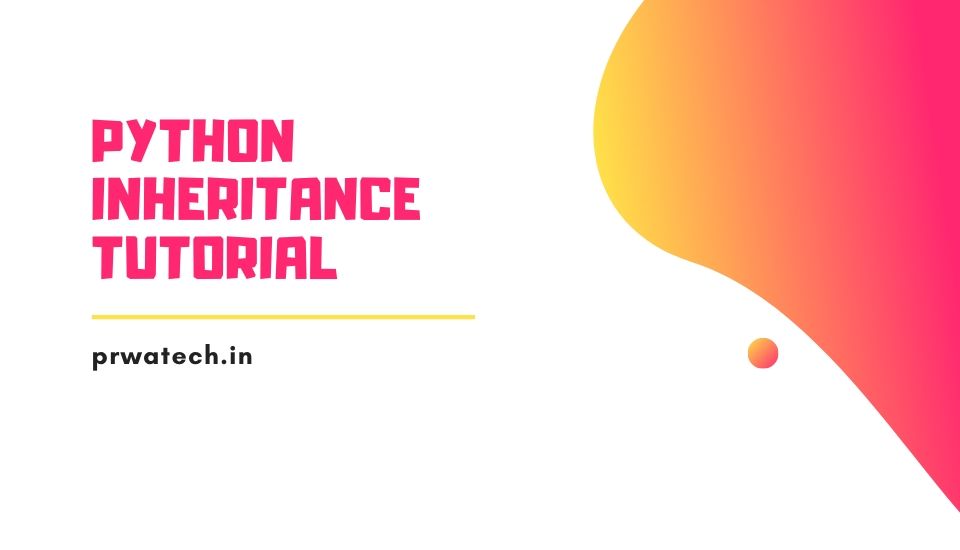 Inheritance provides reusability & supports transitivity. It offers faster development time, easier maintenance, and easy to extend and represents real world relationships. Do you want to know about what is inheritance in Python and Types of Inheritance in Python, then just follow the below mentioned Python Inheritance Tutorial for Beginners from Prwatech and take an advanced online course to learn python like a Pro from today itself under 10+ years of hands-on experienced Professionals.

To get a better understanding of this concept, let’s start Inheritance in Python Tutorial.

What is Inheritance in Python?

Inheritance is the ability of one class to run or inherit the properties from another class. Inheritance is the fundamental feature of OOPs that varieties the functionality of the current class by adding new features. The benefits of inheritance are:

It represents real-world relationships well. We don’t have to write the same code again and again. Also, it allows us to add more features to a class without modifying it. Mean the reusability of code is possible.

It is transitive in nature, which means that if class B inherits from another class A, then all the subclasses of B would automatically inherit from class A. Inheritance is used to define a new class having all the properties of the old existing class.

A child class needs to identify its parent class. This can be done by writing the parent class name in the definition of the child’s class.

print(‘abc is child class of xyz’)

abc is child class of xyz

Let’s consider a ‘Sports’ category is parent class and ‘Shoes’ is child or subclass in following example.

# __model,__color,__costt are private to Sports class

# It is accessible outside the class Sports

# We have to call parent constructor to set parameters excluding brand.

# In method getInfo we can call getmodel(), getcolor(),getcost() as they are accessible in the child class through inheritance.

The super() method permits to access the inherited methods which link to a class object. In the above example, we’ve used the super() method in the constructor of the subclass i.e. child class ‘Shoes’. It is appealing to the function of the base class ‘Sports’.

As we know in the above example subclass ‘Shoes’ has no properties defined such as color, cost, and model. But these are available in ‘Sports’. We can access those properties for child class Shoes with help of the super() function. Shoes have no method getModel() but it is accessible via Shoe class.

Types of Inheritance in python

We hope you understand Python Inheritance Tutorial concepts. Get success in your career as a Python developer by being a part of the Prwatech, India’s leading Python training institute in Bangalore.