Import and export data with Sqoop in HDFS

Bucketing in Hive with Examples 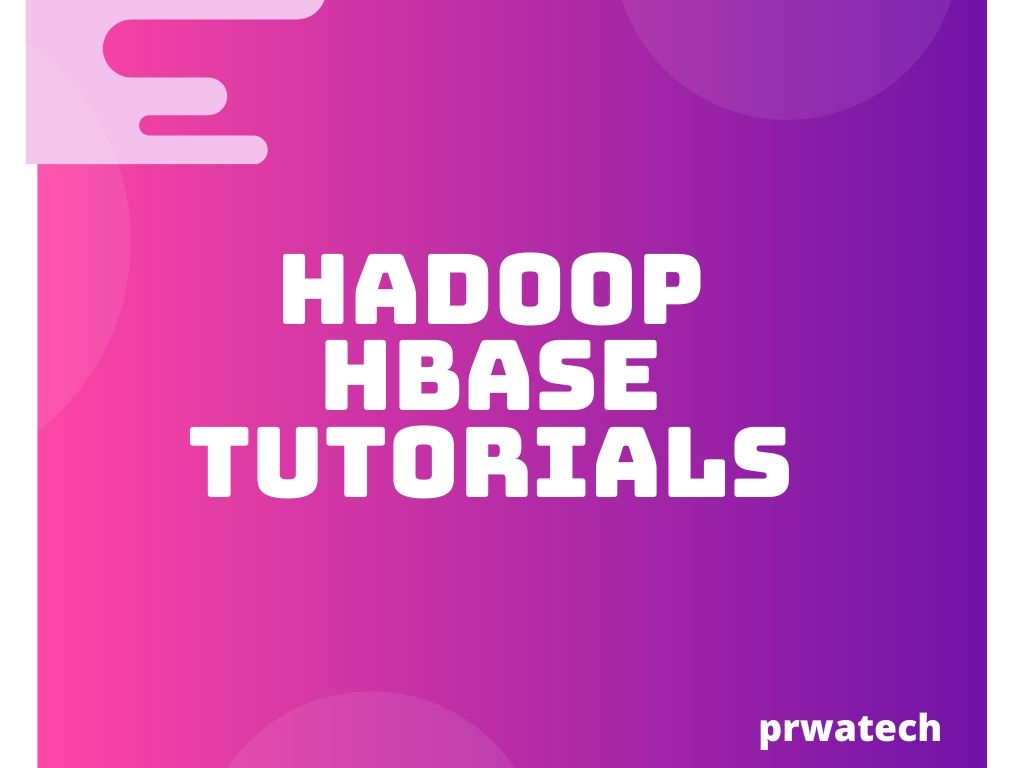 Welcome to the world of Advanced Hadoop Tutorials, in This Hadoop HBase Tutorial one can easily learn introduction to HBase schema design and apache Hadoop HBase examples

Hadoop HBase is an open-source distributed, column-based database used to store the data in tabular form. It is built on top of Hadoop. It is a distributed data store that can scale horizontally to 1,000s of commodity servers and petabytes of indexed storage.

Tables are automatically partitioned horizontally by Hbase into regions.  A region is denoted by the table it belongs to, its first row, inclusive and last row, exclusive.

Initially, a table comprises of a single region, but the size of the region grows after it crosses a configurable size threshold, it splits at a row boundary into new regions of approximately equal size. As the table grows the number of its regions grows, Regions are the units that get distributed over on the HBase cluster.

Region servers also manage the region splits informing the Hbase masters about the new daughter regions for it to manage the offlining of the parent region.

1. We can’t use join operators in HBase

2. Scans and queries can select a subset of available columns, perhaps by using a wildcard.

5. Data is unstructured and untyped.

6. Hbase can’t be accessed or manipulated via SQL

1. HBase is an open-source distributed database.

2. It has a good community and promise for the future.

3. It is developed on top of Hadoop and has good integration for the Hadoop platform if you are using Hadoop already.

4. It has a Cascading connector.

Why use HBase over RDBMS

1.No real index is required in HBase

3. HBase can scale linearly and automatically as new nodes are being added into it.

4. HBase supports commodity hardware. It means that we can add local hardware for increasing the memory for data storage.

6. HBase supports batch processing. It can run multiple processes at once.

Are you the one who is Hunger to become the certified Pro Hadoop Developer? Or the one who is keen to Take the advanced Certification Course from India’s Leading Big Data Training institute? then Ask your world-class Hadoop Trainer of the best Big Data Platform who can help you to learn the technology from Level 0 to Advanced like a Pro.

3.Zookeeper: It maintains the state of the cluster and provides server failure notification.

1.WAL: It stands for Write Ahead Log which is a file on a distributed file system. The WAL is used to store new data that hasn’t yet been stored for permanent storage. It is used in case of failure as recovery.

2.BlockCache: It is the read cache that stores frequently read data in memory.

3.MemStore: It is the write cache. It stores new data that has not yet been written to disk.

4.H files: It stores the rows as sorted Key-values on disk 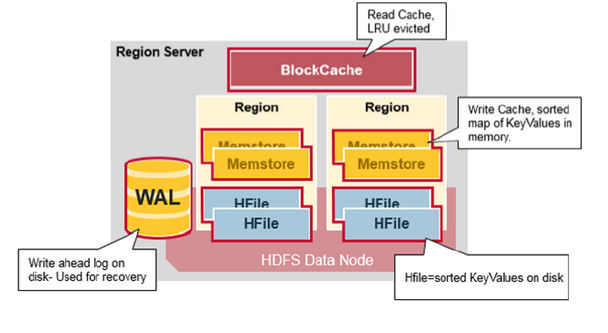 This META table is an HBase table that keeps a list of all regions in the system. 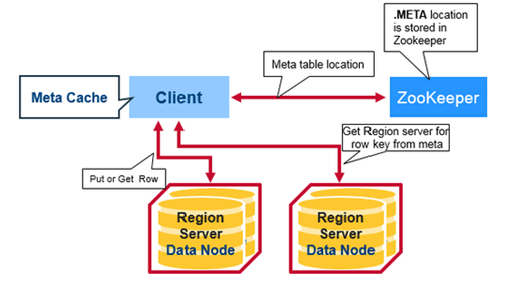 When the client issues a Put request

When the MemStore accumulates enough data, the entire sorted set is written to a new HFile in HDFS. This is a sequential write. It is very fast, as it avoids moving the disk drive head. There is one MemStore per CF per region; when one is full, they all flush. It also saves the last

written sequence number so the system knows what was persisted so far.

There may be many HFiles per MemStore, which means for a read, multiple files may have to be examined, which can affect the performance. This is called read amplification. HBase will automatically pick some smaller HFiles and rewrite them into fewer bigger H files. This process is called minor compaction. Minor compaction reduces the number of storage files by rewriting smaller files into fewer but larger ones, performing a merge sort.

Thanks for Reading us, Get the Advanced Hadoop Certification by Taking Course under the World-class Trainers of Top Rated Big Data Training institute.