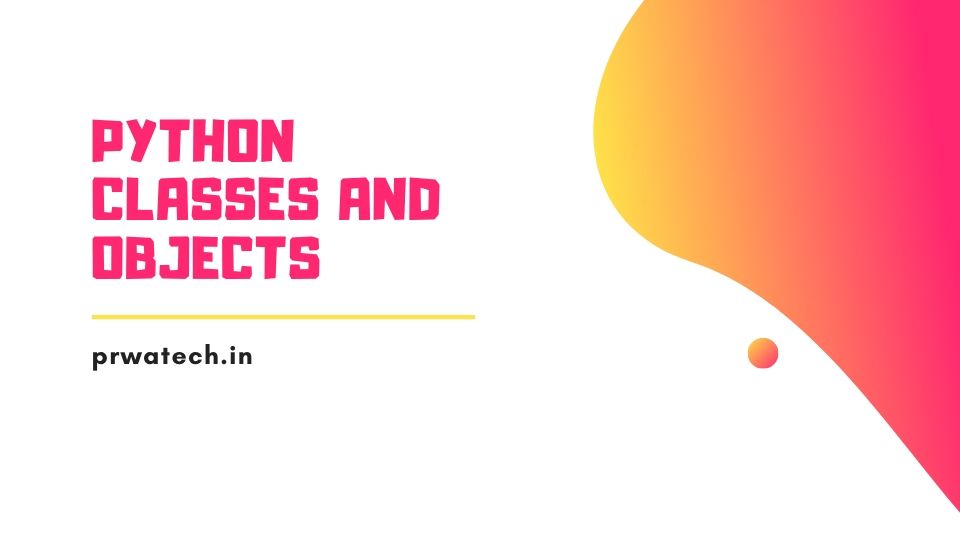 As we know, Python is a object oriented language. Therefore, almost all entities in Python are objects which means the programmers will use class and objects at the time of coding.One template can be used to create an number of objects where class is a template. Do you want to know about how to create class in python and how to create object in python, then just follow the below mentioned python class and objects tutorial for Beginners from Prwatech and take advanced Python training like a Pro from today itself under 10+ years of hands-on experienced Professionals.

To get a better understanding of this concept, let’s start class and Object in Python tutorial.

What is Class and Object in Python?

Python is an object oriented programming language i. e.OOPs. Nearly everything in Python is like an object, with its properties and methods.A class is a user-defined prototype which is used to create objects.It is generic description of objects. Classes provide a resource of bundling data and functionality. New type object is created by creating new class. Each class instance has attributes those are attached to it for upholding its state. Class instances can also have methods for modifying its state defined by class.

Let’s consider we have to keep record of club members with fields name, age, position etc. Let’s say we have to track record of hundreds of members. In that case list is not efficiently used due to its limitations. For this we need lasses.

How to create Class in Python?

lf we are creating class but not adding any statement or function then we have to use keyword ‘pass’.

we have created a class with name ‘member’ and we declared some variables here. Now to access those variables inside ‘member’ we can use class name as follows:

How to create Object in Python?

An Object is an instance of a Class.Class creates a user-defined data structure, which contains its own data elements and functions, which can be accessed and used by an instance of that class.

All classes have ‘__init__()’  function. It is always performed when the class is being initiated.We have to use the __init__() function to assign values to object properties and other operations that are essential to do when the object is being created.

Objects can also contain methods. Methods are functions that belong to the object.

The parameter used to access variables belonging to the class is denoted by ‘self’.It is reference to the current instance of the class.

There is no any restriction to use ‘self’ word for function. We can call it with whatever name we want, but it has to be the first parameter of any function in the class.

#Use the words testobj  and xyz instead of self:

# call functions for each object

We hope you understand python class and objects Tutorial concepts.Get success in your career as a Python developer by being a part of the Prwatech, India’s leading Python training institute in Bangalore.