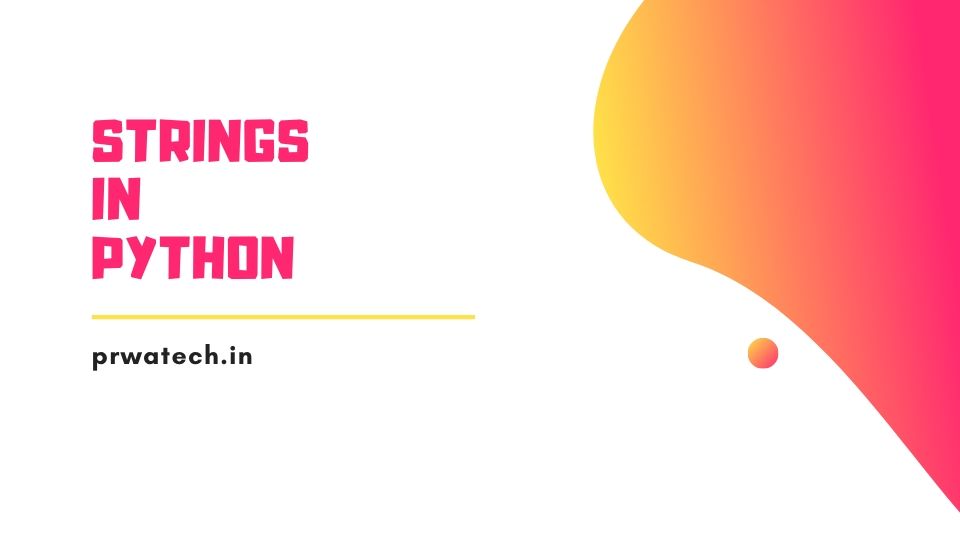 Here, we will learn about what is Python strings, Python string literals, How to assign strings to a variable,  Multiline assignment strings, and Concatenation of strings and more. If you are the one who wanted to become an expert in Python? Or the one who wants to explore the technology like a Pro under the certified experts with world-class training environment, then asks your Python training institute experts who offer Advanced advanced advanced Python training. Follow the below-mentioned Python strings tutorial with examples and enhance your skills to become a professional Python Developer.

What is Python Strings?

A Python string is a sequence of collection of characters to represent and store the text-based information.  Strings can be accessed by both directions – forward and backward and stored as individual characters in a contiguous memory location. Strings cannot be changed once they have created as they are immutable data types in python.

How to Assign String to a Variable

A variable name is allotted to string as follows:

We can print multiple lines or statements using a variable with the help of single or double quotes 3 times as follows:

It will give output as same as lines written in quotes marks above.

Similarly, we can use a single quotation mark as:

We can join two different strings by concatenation as follows:

If we want to put a space between the strings we can print it as:

Python doesn’t have a character data type, a single character is a string with a length of 1.We can access strings as an array. Like arrays, we can access letters (elements) from string with index position. The starting position is 0 means index starts with 0.

Likewise, we can access all elements of a string with their index positions.

# In case of negative indexing, it will count the letters from the end of the strings and gives result accordingly

It removes any white spaces from the beginning of the end.

Hello python  (The space before Hello is removed)

It returns the length of the string.
Ex) Test = “Pythonworld”
print(len(Test))

It returns the string into a lower case.
Ex) test= “Hello PyThon”
print(test.lower())

It returns the string into the upper case.
Ex) test= “Hello python”
print(test.upper())

It replaces the string with another string.
Ex) test = “Tree”
print(test.replace(“T”, “F”)

It inserts the number into a string
Ex) score = 85

Your Maths Score is 85

It will count the number of occurrences of the specified characters.

It will give the index position of the string by searching it.

It Splits the string at the specified separator, and we get it as a list

It will return output in the form of True or False depending on whether the mentioned character is present in the given string.

Ex)test= “Tuples are immutable but lists are mutable”

Similarly, if we take a character or a word which is not available in the above statement then,

We can achieve the exact opposite result for not in

Similarly, if we take a character or a word which is not available in the above statement then,

We hope you understand sets in Python strings tutorial with examples. Get success in your career as a Python developer by being a part of the Prwatech, India’s leading Python training institute in Bangalore.