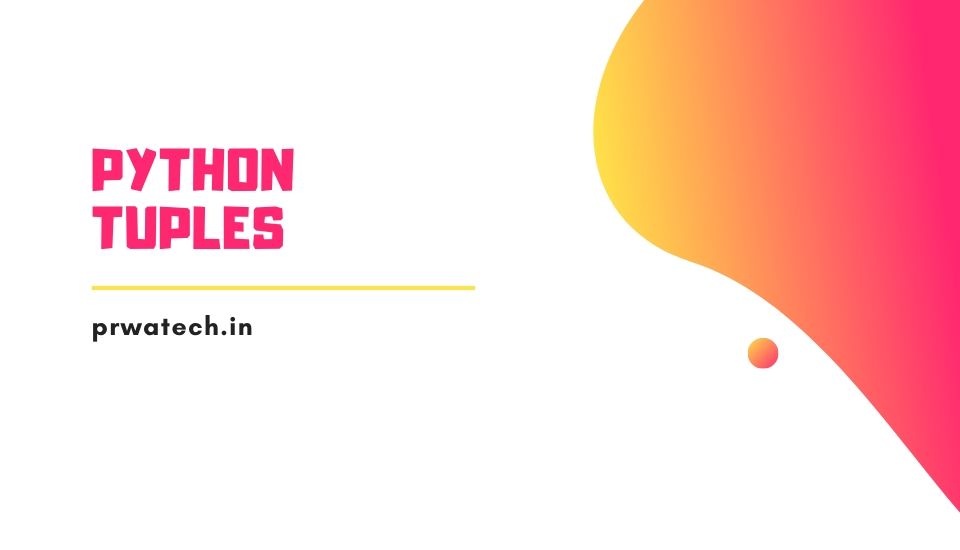 Here, one can learn what is Python tuple, how to create a tuple in Python, nested tuples, repeating tuples and tuple operations in python. If you are the one who wanted to become an expert in Python? Or the one who wants to explore the technology like a Pro under the certified experts with world-class training environment, then asks your Python training institute experts who offer Advanced advanced advanced Python training. Follow the below-mentioned Python strings tutorial with examples and enhance your skills to become a professional Python Developer.

What is Python Tuple?

A tuple is an immutable ordered collection of elements in python enclosed with round brackets. The difference between tuples and lists is, a tuple is immutable means we can’t change tuple like a list. Lists are created with square brackets whereas tuples are created using parentheses.

How to Create a Tuple in Python?

The empty tuple can be created with two parentheses having no value:

To create the tuple with the single value we have to write comma after that value although it is having no further values.

Tuples start with index ‘0’. They can be manipulated by slicing, concatenating and further processes like lists.

If we want to repeat the string ‘n’ times then we can do it as follows:

It will give a continuous string as output.

If we want separate strings as output we have to write

Nested tuples can be created as follows:

Tuples are immutable, unlike lists. The elements in tuple can’t be edited.

In tuple slicing we can select the part of tuple as output , defined by starting and ending index as follows:

# We get output in exact reverse order.

Deleting an item from Tuple:

We can delete the tuple by using simply del command

For confirmation, if we again print it will give an error

NameError: name ‘tup1’ is not defined

To find the length of tuple we use function len()

To find the count of a particular element in tuple this function is used.

It returns index of specified element in tuple.

To convert a list into tuple following method can be used

If we take a single string and we applied the same method as above, we get a tuple having all separated characters.

Note: Here a space is also considered as character.

To find minimum out of these tuples we use.

To find maximum out of these tuples we use.

Checking for an element in Tuple

For this, we have to use the keyword ‘in’. It will give output in the form of True or False.

We hope you understand Python tuples tutorial with examples concepts. Get success in your career as a Python Developer by being a part of the Prwatech, India’s leading Python training institute in Bangalore.

Tableau Installation Tutorial for Beginners, are you looking for the information of tableau server installation…More

Ranking using Calculated Field Tableau Installation Tutorial for Beginners, are you looking for the information…More

Applications of Parameters Get Started with Parameters, in this Tutorial one, you can learn how…More