If you are the one who wanted to become the expert in Apache Spark? Or the one who wanted to explore the technology like a Pro under the certified experts with World-class classroom Training Environment, then Asks your Apache Spark training institute in Bangalore experts who offer Advanced advanced Apache Spark training. Follow the below mentioned Scala Programming Language tutorial and enhance your skills to become a professional Scala developer.

What is Scala Programming Language?

Even though Scala is a relatively new language, it has garnered enough users and has wide community support – because it’s touted as the most user-friendly language.

Scala is easy to learn the language has minimal prerequisites. If you are someone with a basic knowledge of C/C++, then you will be easily able to get started with Scala. Since Scala is developed on top of Java. The basic programming function in Scala is similar to Java. So, if you have some basic knowledge of Java syntax and the OOPs concept, it would be helpful for you to work in Scala.

Scala is a general-purpose programming language. It was created and developed by Martin Odersky. Martin started working on Scala in 2001 at the Ecole Polytechnique Federale de Lausanne (EPFL). It was officially released on January 20, 2004.

Scala is not an extension of Java, but it is completely interoperable with it. While compilation, the Scala file translates to Java bytecode and runs on JVM (Java Virtual machine).

Scala has many reasons for being popular among programmers. Few of the reasons are:

Easy to Start: Scala is a high-level language so it is closer to other popular programming languages like Java, C, C++. Thus it becomes very easy to learn Scala for anyone. For Java programmers, Scala is more easy to learn.

It contains the best Features: Scala contains the features of different languages like C, C++, Java, etc. which makes it more useful, scalable and productive.

Close integration with Java: The source code of the Scala is designed in such a way that its compiler can interpret the Java classes. Also, its compiler can utilize the frameworks, Java Libraries, and tools, etc. After compilation, Scala programs can run on JVM.

Web-Based & Desktop Application Development: For the web applications it provides support by compiling to JavaScript. Similarly, for desktop applications, it can be compiled to JVM bytecode.

Used by Big Companies: Most of the popular companies like Apple, Twitter, Walmart, Google, etc. move their most of the codes to Scala from some other languages. reason being it is highly scalable and can be used in backend operations.

Where we can use Scala? 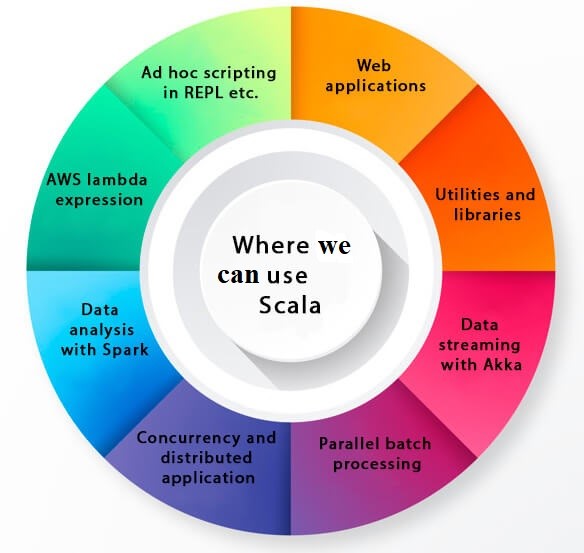 Difference Between Scala and Java

There is a simple question that every developer should ask, why should he/she go for Scala instead of java?  The following comparison will help you make your decision:

Scala and Java are two of the most important programming languages in today’s world. Though there are a lot of similarities between the two, there are many more differences between them.

Scala, when compared to Java, is relatively a new language. It is a machine-compiled language, whereas Java is object-oriented.  Scala has enhanced code readability and conciseness. It has the facility to work in a multi-core architecture environment. The code that is written in Java can be written in Scala in half the number of lines.

Difference Between Scala and Python:

Scala is a high-level language.it is a purely object-oriented programming language. The source code of the Scala is designed in such a way that its compiler can interpret the Java classes.

Below are some major differences between Python and Scala:

Scala can support multiple language constructs without the need of any Domain Specific Language (DSL)Extensions, Libraries, and APIs.

Statically Typed Programming Language: Scala language binds the Datatype to the variable in its entire scope.

Interoperability: Scala compiles the code using the scala compiler and converts code into Java Byte Code and Executes it on JVM.

These were the Features of Scala language and let us get into a few of the frameworks of Scala that are capable to support. 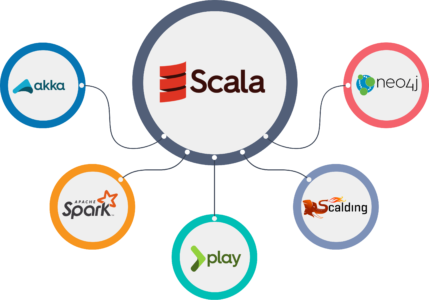 Akka, Spark, Play, Neo4j, Scalding are some of the major frameworks that Scala language can support.

Akka is a toolkit on runtime for building highly concurrent, distributed, and fault-tolerant applications on the JVM. Akka is written in Scala language, with language bindings provided for both Scala and Java.

Spark Framework is designed to handle, and process big-data and it solely supports Scala language.

Play framework is designed to create web applications and it uses Scala in the process in order to obtain the best in class performance.

Scalding is a domain-specific language (DSL)in the Scala programming language, which integrates Cascading. It is a functional programming paradigm used in Scala which is much closer than Java to the original model for MapReduce functions.

Neo4j is a java spring framework supported by Scala language with domain-specific functionality, analytical capabilities, graph algorithms, and many more.

These were the popular Frameworks supported by Scala.

Scope with Scala in future

Scala is the miracle of the 20th century in multiple streams. It has seen astounding growth since day one and it is for sure it is one of the programming languages which is in higher demand. The stats below explain more about the scope of Scala in the near future. 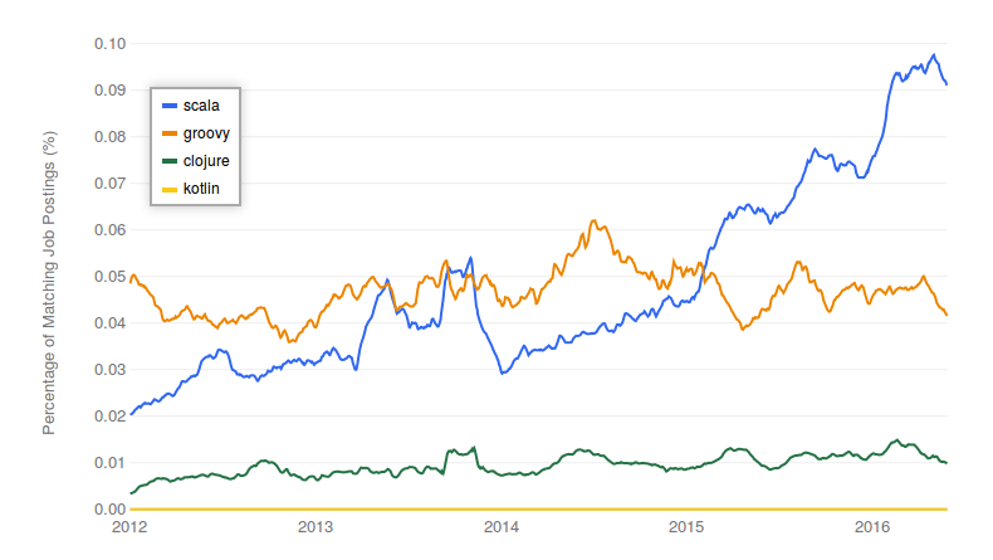 The chart below describes the permanent jobs and Contract-based jobs available based on the knowledge of Scala Programming Language. 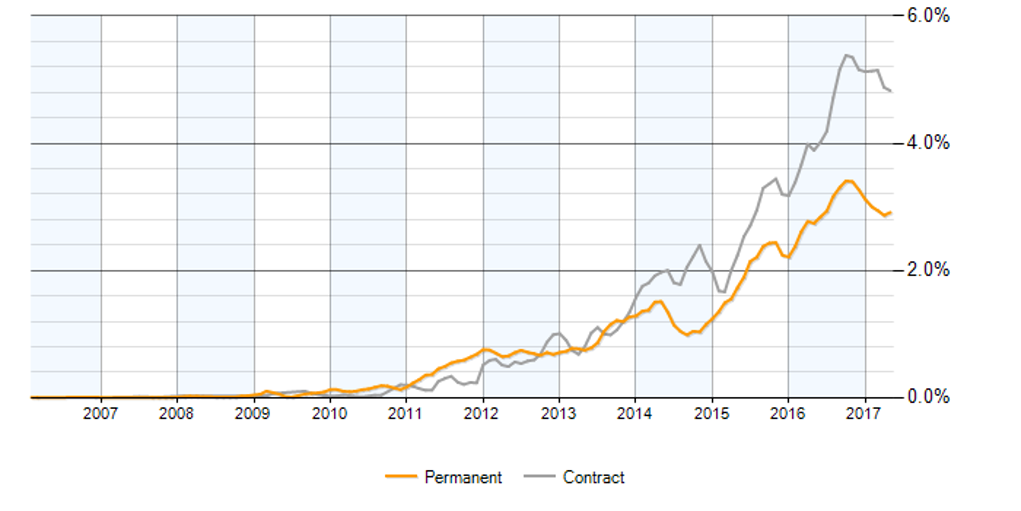 So, with this, we come to an end of this What is Scala language.

We hope you have understood the basics of the Introduction to Scala Programming Language difference between scala and java and Python, frameworks, and features of scala programming language and scope of scala in future. Interested in learning more? Then Get enroll with Prwatech for advanced Apache Spark training in Bangalore with 100% placement assistance.

#Last but not least, ask for help!