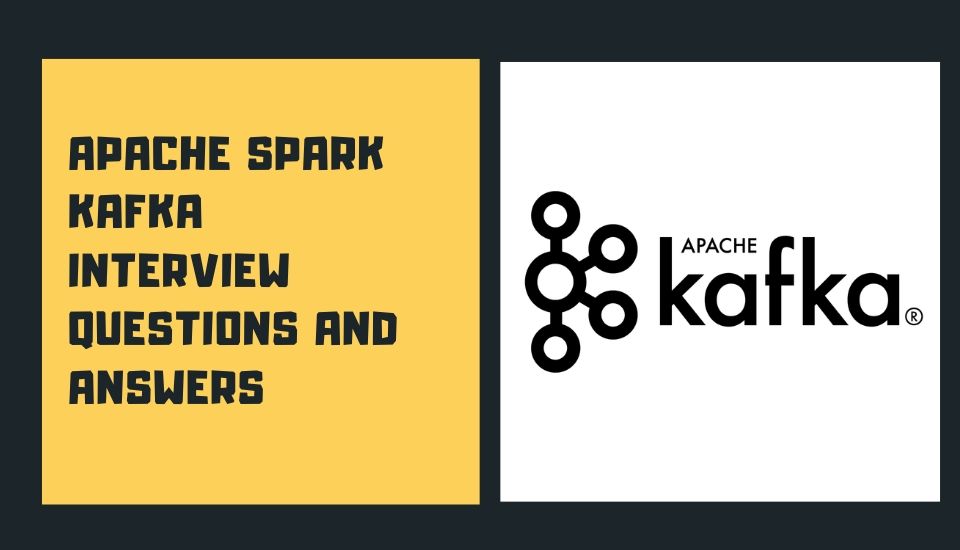 Are you the one who is a hunger to become Pro certified Hadoop Developer then ask your Industry Certified Experienced Hadoop Trainer for more detailed information? Don’t just dream to become Pro-Developer Achieve it learning the Hadoop Course under world-class Trainer like a pro. Follow the below-mentioned apache Kafka interview questions To crack any type of interview that you face.

Ans: Kafka is an open-source message broker project created by the Apache Software Foundation written in Scala, where the design is heavily inclined by transaction logs. It is basically a distributed publish-subscribe messaging system.

Q2: Mention what is the traditional method of message transfer?

Ans: The traditional method of message transfer includes two methods
Queuing: In a queuing, a pool of consumers may read the message from the server and each message goes to one of them.

Publish-Subscribe: In this model, messages are broadcasted to all consumers Kafka caters to single consumer abstraction that generalized both of the above- the consumer group.

Q3: What is the role of Zookeeper in Kafka?

Ans: Some of the roles of zookeeper are :
The basic responsibility of Zookeeper is to build coordination between different nodes in a cluster. Since Zookeeper works as periodically commit offset so that if any node fails, it will be used to recover from previously committed to offsetting. The ZooKeeper is also responsible for configuration management, leader detection, detecting if any node leaves or joins the cluster, synchronization, etc. Kafka uses Zookeeper to store offsets of messages consumed for a specific topic and partition by a specific Consumer Group.

Q4: Which are the elements of Kafka?

Ans: The most important elements of Kafka:
1. Topic – It is the bunch of similar kind of messages
2. Producer – using this one can issue communications to the topic
3. Consumer – it endures to a variety of topics and takes data from brokers.
4. Brokers – this is the place where the issued messages are stored

Ans: Its role is to specify the target divider of the memo, within the producer. Usually, a hash-oriented divider concludes the divider ID according to the given factors. Consumers also use tailored Partitions.

Q7: What are consumers?

Ans: Kafka provides single consumer abstractions that discover both queuing and publish-subscribe Consumer Group. They tag themselves with a user group and every communication available on a topic is distributed to one use case within every promising user group. User instances are in the disconnected process. We can determine the messaging model of the consumer based on the consumer groups.

Q8: What do you know about the partitioning key?

Ans: A partition key can be precise to point to the aimed division of communication, in Kafka producer. Usually, a hash-oriented divider concludes the division id with the input and people use modified divisions also.


Q9: Why replication is required in Kafka?

Ans: Replication of message in Kafka ensures that any published message does not lose and can be consumed in case of machine error, program error or more common software upgrades.

Q10: What is a Consumer Group?

Consumer Group is a concept exclusive to Kafka.  Every Kafka consumer group consists of one or more consumers that jointly consume a set of subscribed topics.

Q11: What are the elements of Kafka?

Ans: The most important elements of Kafka are as follows:
1.Topic: It is a bunch of similar kinds of messages.
2.Producer: Using this, one can issue communications to the topic.
3.Consumer: It endures to a variety of topics and takes data from brokers.
4.Broker: This is the place where the issued messages are stored.

Ans: Kafka is a message divider project coded in Scala. Kafka was originally developed by LinkedIn as an open-source project in early 2011. The purpose of the project was to achieve the best stand for conducting real-time statistics nourishment.

Q13: Why do you think the replications to be dangerous in Kafka?

Ans: Duplication assures that the issued messages available are absorbed in the case of any appliance mistake, plan fault, or recurrent software promotions.

Q13: What major role does a Kafka Producer API play?

Ans: It is responsible for covering two producers: Kafka. Producer.SyncProducer and kafka.producer.async.AsyncProducer. Kafka Producer API mainly provides all producer performance to its clients through a single API.

Ans: Its role is to specify the target divider of the memo within the producer. Usually, a hash-oriented divider concludes the divider ID according to the given factors. Consumers also use tailored partitions.

Q15: inside the manufacturer, when does the QueueFullException emerge?

Ans: QueueFullException naturally happens when the manufacturer tries to propel communications at a speed that a broker can’t grip. Consumers need to insert sufficient brokers to collectively grip the amplified load since the producer doesn’t block.

Q16: Can Kafka be utilized without Zookeeper?

Ans: It is impossible to use Kafka without Zookeeper because it is not feasible to go around Zookeeper and attach it in a straight line with the server. If Zookeeper is down for a number of causes, then we will not be able to serve customers’ demands.

Q17: Elaborate on the architecture of Kafka.

Ans: In Kafka, a cluster contains multiple brokers since it is a distributed system. Topic in the system will get divided into multiple partitions, and each broker stores one or more of those partitions so that multiple producers and consumers can publish and retrieve messages at the same time.

Ans: The messages in partitions will be given a sequential ID known as an offset, and the offset will be used to identify each message in the partition uniquely. With the aid of Zookeeper, Kafka stores the offsets of messages used for a specific topic and partition by a consumer group.

Q20: What do you know about a partition key?

Ans: A partition key is used to point to the aimed division of communication in Kafka producer. Usually, a hash-oriented divider concludes the division ID with the input, and also people use modified divisions.

Q21: What are the different components that are available in Kafka?

The different components that are available in Kafka are as follows:

1. Topic: this is nothing but a stream of messages that belong to the same type
2. Producer: this is used for publishing messages to a specific topic
3. Brokers: It is a set of servers that has the capability of storing a publisher’s messages.
Consumer- responsible for subscribing to various topics and pulls the data from different brokers

Q22: What is a consumer group?

A consumer group is nothing but an exclusive concept of Kafka.
Within each and every Kafka consumer group, we will have one or more consumers who actually consume subscribed topics.

Q23: Explain the role of the zookeeper in Kafka?

Within the Kafka environment, the zookeeper is used to store offset related information which is used to consume a specific topic and by a specific consumer group.

Q24: What does ISR stand in the Kafka environment?

ISR stands for in-sync replicas.
They are classified as a set of message replicas that are synched to be leaders.

A replica can be defined as a list of essential nodes that are responsible to log for a particular partition, and it doesn’t matter whether they actually play the role of a leader or not.

Q26: Why are the replications are considered critical in Kafka environment?

The main reason why replications are needed because they can be consumed again in an uncertain event of machine error or program malfunction or the system is down due to frequent software upgrades. So to make sure to overcome these, replication makes sure that the messages published are not lost.

Q27: If the replica stays out of the ISR for a very long time, then what does it tell us?

Q28: What is the process of starting a Kafka server?

As the Kafka environment is run on zookeepers, one has to make sure to run the zookeeper server first and then ignite the Kafka server.

Q30: What are the advantages of Kafka technology?

The following are the advantages of using Kafka technology:

1. It is fast
2. It comprises of brokers. Every single broker is capable of handling megabytes of data.
It is scalable
A large dataset can be easily analyzed
It is durable
It has a distributed design that is robust in nature

Q31: Is apache Kafka is a distributed streaming platform? if yes, what you can do with it?

With the help of Kafka technology, we can do the below:

All the communications between the clients happen over high-performance language via TCP protocol.

Q34: Explain the functionality of Consumer API in Kafka?

The Consumer API is responsible where it allows the application to receive one or more topics and at the same time process the stream of data that is produced.

Q34: Explain the functionality of Streams API in Kafka?

The Streams API is responsible where it allows the application to act as a processor and within the process; it will be effectively transforming the input streams to output streams.


Q35: Explain the functionality of the Connector API in Kafka?

The Connector API is responsible where it allows the application to stay connected and keeping a track of all the changes that happen within the system. For this to happen, we will be using reusable producers and consumers who stay connected to the Kafka topics.

A topic is nothing but a category classification or it can be a feed name out of which the records are actually published. Topics are always classified, the multi-subscriber.

Q36: Highlights of the Kafka system?