Do you want to know about the advantages of feature selection, then just follow the below-mentioned feature selection tutorial for Beginners from Prwatech and take advanced Machine Learning training like a Pro from today itself under 10+ years of hands-on experienced Professionals.

It is convenient to build any Machine Learning model with limited variables. But nowadays, datasets are having variety of fields and variables and we need to choose which variables are most contributing in giving expected. It is also called High Dimensionality data. There are two main reasons why we need to select particular features excluding all other variables:

Garbage in, garbage out:

If you input a lot of stuff into your model then your model would not be a good model. It will not be reliable; it will not be doing what it’s supposed to be. The output can be considered as garbage.

At the end of the day, you’re going to have to explain these variables and understand them. If you have thousands of variables, it is not practically possible to do with all. You want to keep only those which are very important and contribute in actually predicting something.

Feature Selection is a procedure to select the features (i.e. independent variables) automatically or manually those are more significant in terms of giving expected prediction output. Feature Selection is one amongst the core concepts in machine learning which massively affects the performance of a model. Having irrelevant features in your dataset can decrease the accuracy of models and make your model learn based on irrelevant features.

Feature selection can be done in multiple ways but there are broadly 3 categories of it:

First we will load boston dataset from sklearn with this command

All independent variables are stored in df, and dependant variable MHDV is stored in y. Here we will see the Heatmap using Pearson correlation as follows:

It will show the result in form of heat map as follows: 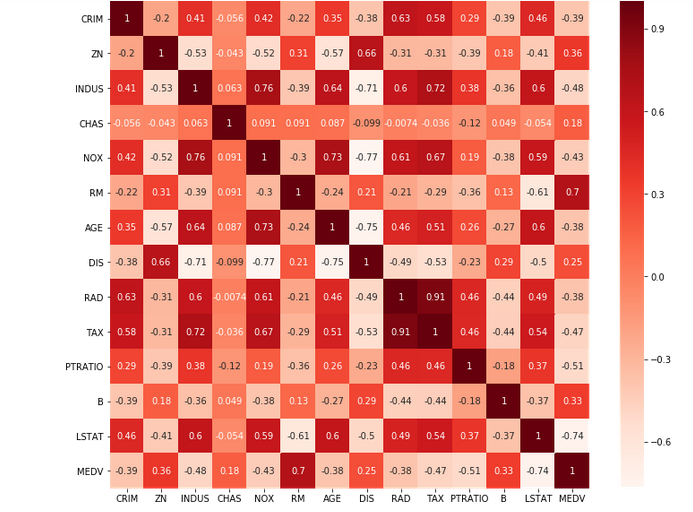 From this we will find highly correlated features:

According to assumptions of linear regression, the independent variables need to be uncorrelated to each other. If these variables are correlated with each other, then we need to select only one of them and eliminate the rest. So let us check the correlation of selected features with each other.

So with this it is recognized that variables RM and LSTAT are highly correlated with each other (-0.613808). Therefore, we would keep only one variable and drop other. We will keep LSTAT since its correlation with MEDV is higher than that of RM. Now we have two selected features with us LASTAT and PTRATIO. And model can be built based on these features.

It is an iterative method in which initially we have to start with selection of single feature. By observing overall performance we can add the next feature in model. We have to add features till we get best result. By adding features we try to increase performance of model.

Here we have to start training model by adding all features and removing one feature in next iteration. It is exactly opposite to forward elimination. The least significant feature will be removed in every iteration to get improved accuracy. Until improvement stops we have to remove features one by one.

Till now we decided independent and dependant variables. Now we will apply algorithm and backward elimination process:

By checking model summary we can eliminate features having ‘P’ value greater than 0.05.

Otherwise you can write python code as follows:

(Here 11 features are selected from 13 features).

It is wrapped method’s algorithm which tries to find the best contributing feature subset. It repetitively creates models and tracks the best or the worst performing feature at each iteration. It designs the next model with the remaining features until all the features are drained. It then ranks the features based on elimination order.

We will apply it on same Boston data set. So the process of initialization and storing all variables will be same.

Embedded methods carefully extract those features in each iteration, which contribute most for prediction while training the system. Regularization methods are most commonly used embedded methods which penalize a feature with a coefficient threshold.

Embedded methods are combination of filter and wrapper methods. Method is implemented by algorithms that have their integral feature selection methods. Some of the most popular embedded methods like LASSO and RIDGE regression are used to reduce problem of over fitting by penalization.

Lasso regression achieves L1 regularization in which penalty equivalent to absolute value of the magnitude of coefficients is added.

Ridge regression achieves L2 regularization in which penalty equivalent to square of the magnitude of coefficients is added.

In following example, feature selection is performed using Lasso regularization. If the feature is immaterial, Lasso penalizes its coefficient and make it 0. Hence features with coefficient = 0 are removed and the rest are selected. 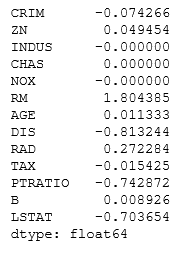 Lasso picked 10 variables and eliminated the others 3 variables.

(Note: The result can be changed according to dataset.)

To get the graphical output we can add following lines in code: 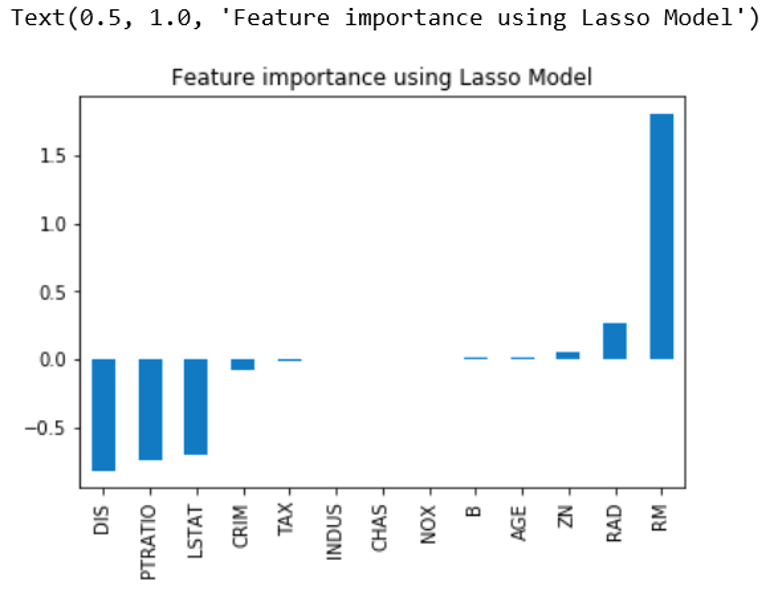 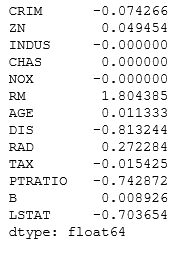 Here we are checking how many features selected by printing the statement.

Ridge picked 13 variables and eliminated the others 0 variables.

(Note: The result can be changed according to dataset.)

To get the graphical output we can add following lines in code: 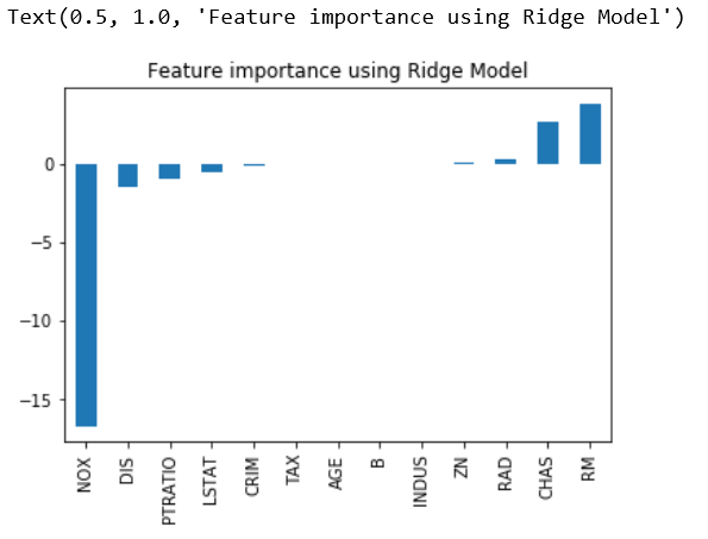 We hope you understand the Feature selection tutorial with examples concepts. Get success in your career as a Machine Learning Engineer by being a part of the Prwatech, India’s leading Data Science training institute in Bangalore.