What is Empirical rule in statistics?

The empirical rule states that for a normal distribution of a continuous random variable, nearly all of the data will fall within three standard deviations of the mean.

The empirical rule can be broken down into three parts:

68% of data falls within the first standard deviation from the mean. 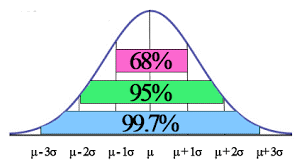 Why we use Empirical rule in statistics?

The Empirical rule is often used in statistics for Forecasting, especially when obtaining the actual data is difficult or Impossible. The rule can give you a rough estimate of what your data collection might look like if you were able to survey the entire population.

This rule applies generally to a continuous random variable X, following the shape of a normal distribution, or bell-curve, with a mean and a standard deviation.

The rule doesn’t apply to distributions that are not normal

How to use Empirical rule?

When applying the Empirical Rule to a data set the following conditions are true:

In a recent report, during research in a school, it was found that the heights of the students of class 6 were found to be in a normal distribution. If the mean height is 1.5 and the standard deviation by 0.08; then classify the data in accordance with an empirical rule. 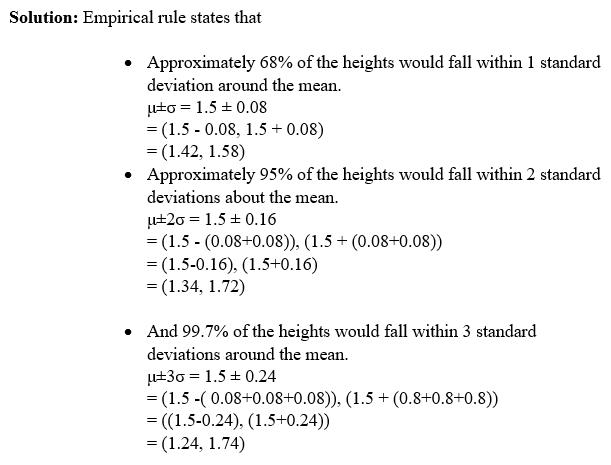 We hope you have understood the basics of the Empirical rule tutorial and its formula with examples in statistics. Interested in learning more? Then Get enroll with Prwatech for advanced Data science training in Bangalore with 100% placement assistance.